Forget who watches the watchmen, who's watching the autosign machine. So Barry was too busy hob-nobbling around Europe to sign the patriot act in person, and rather than do what ANY other person would and have it faxed to him he had an aid feed it into the same machine that signs the Whitehouse Christmas cards.

At the minimum this is placing way too much faith in your staff.
Posted by Odysseus at 1:42 PM No comments:

If you throught you though the Marxists in the Whitehouse had given up on disarming the public meet Steve Croley. Just like Johnny Cash sang they're gonna take your rights away one piece at a time.

Just to be clear the "Gun Show Loophole" they are trying to close means that you would be forbidden from selling your property to someone who can legally buy it without the government sanctioning it and knowing about it. 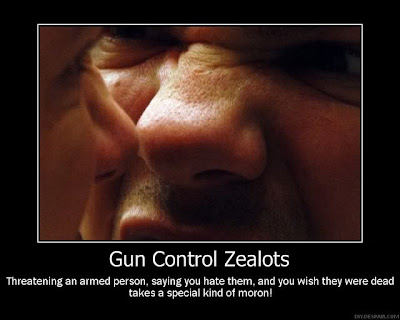 Posted by Odysseus at 4:57 PM No comments:


Just to show you how sacred Jerusalem is to Muslims.
Posted by Odysseus at 4:49 PM No comments: 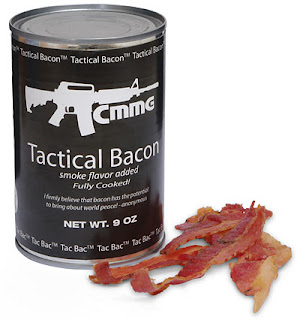 Admittedly this is something of an old joke in gun culture but it's the best I can come up with until the ragweed stops trying to replace air around here.
Posted by Odysseus at 8:52 PM No comments:

Alergys have been kicking my postieror and I've built up a backlog of things I'd really have liked to bog upon:

Philly cops are accusing a citizen of doing a sting operation on them for recording them not knowing open carry laws.(But remember when cops do sting operations it's fair.)

Secret service interrogate a minor without parents present, even though said minors "Threat" seemed a lot more like someone concerned about the Presidents safety.


Pictures of abandoned Soviet Nuclear Lighthouses. Only the Soviets would think leaving reactors unattended for years to be a good idea.


CDC does a zombie awareness website but neglects to include that a firearm to stop said zombies from murdering your family might be a good idea.

So it's the end of the world as we know it and I feel like death lightly warmed over.
Posted by Odysseus at 5:10 PM No comments:

This is the type of behavior that makes people distrustful of the police and "justice" system. Not that there were bad apples that broke the law and abused their badges, but the "no criminal charges filed" part. Cops and other public officials who abuse their authority need to have the full weight of the justice system come down on them because it's the only thing that stops a two class system from developing.

Every time this type of abuse happens from as small as not writing a speeding ticket to a fellow officer to solidarity in the face of a sketchy shooting of a bad guy it chips away at the authority of the justice system. Our government is supposed to get is authority from the consent of the governed and absent this rare condition the only alternatives are anarchy and tyranny.

I fear a time of accounting is coming upon us. We the people can bear almost anything but the hypocrisy of saying "liberty and justice for all" while the crimes of elites and authority figures are not prosecuted.
Posted by Odysseus at 11:03 PM No comments:

Head of the IMF seems to be waste of skin.

The head of the IMF is under arrest for a violent rape. How this case is handled will go to show if we are a nation of laws or if we have been suborned by the global elite.

Some of the facts about this are pretty damning. Like fleeing the scene so fast he left his cell phone. Personally it makes me wonder how many other women he has done this to. Do you really think most countries are going to prosecute the head of a powerful super-national institution over something like a "low class" maid.

I will give due thanks to the Special Victims Unit of the NYPD for doing their job. Now we see if the district attorneys and judicial system will do their jobs or if the media will do its job and report on what happens with this story.

I pray my cynicism is proven wrong.

Update: It's being confirmed this person is the type of scum that abuses his position and to add the new world order cherry to this crap sunday he's a leading light in the French socialist party. Certainly seems like he knows how to treat the proletariat.
Posted by Odysseus at 12:30 AM No comments:

The preplanned "Third Intifada" now has it's pretext. A seventeen year old rock thrower was shot dead and of course this means so much more than people just waiting for the bus getting blown up or daily targeting of cities by islamic rockets.

Of particular interest to my paranoid mind is the family refusal of an autopsy to potentially clear up if this new "martyr" was shot by a 5.56 bullet or a 7.62x39. I for one find this perfectly timed for President Obama'd middle east speech continent.

ht:(American Power)
Posted by Odysseus at 3:48 PM No comments:

Given that Drudge was right and the person telling the falsehood in the Monica Lewinski affair was Clinton. This deserves some special irony mixed with hypocrisy award.

Or maybe I'm just lying about my remembrance of a president shaking his finger at the public and claiming the internet was telling a falsehood. If we had had nobody but Pravda, to set the news agenda Clinton never would have been impeached or disbarred.
Posted by Odysseus at 3:17 PM No comments:

Email ThisBlogThis!Share to TwitterShare to FacebookShare to Pinterest
Labels: 1984, Retoric

The Supreme Court of Indiana has twice in this week showed a contempt for the Fourth Amendment to the Federal Constitution.

First in saying the "police serving a warrant may enter a home without knocking if officers decide circumstances justify it." and again by saying that a homeowner has no right to resist an unlawful entry of their home by the police.

How dare you impede the servants of Big Brother from entering your house only the system may decide if it's own servants have done wrong and only after they have invaded and terrorized your family.

As for anyone who thinks that "no knock" warrants are a good idea I would respectfully ask you to read this well researched study by the Cato Institute.

With the people rising up to both say and elect the government out of your life, would be tyrants are falling back upon the court system. Even the KGB typically had the courtesy to knock on the door of "enemies of the state".
Posted by Odysseus at 12:23 AM No comments: 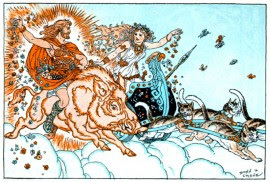 There are no Vegans in Valhalla, that's why it's Valhalla.
Posted by Odysseus at 12:00 PM 2 comments:

A recent study has found out what anyone who has spent any time actually at a gun show knows. There aren't any gang-bangers there. Even the meth-heads are too scared to come around the type of people at gun shows because they would stand out.
Posted by Odysseus at 11:17 AM No comments:

I know that gays face real harassment from people in this country. This tale of a Syrian Lesbian Blogger should put a sense of perspective upon it. Stories like this bring conflicting emotions upon me because they highlight the good exceptions that prove the rule of how messed up the Middle-eastern cultures are. There may be some psychotic Christians in America that are twisted enough to do this, but these people are so far removed from official power that it's almost impossible to compare.

This should also put in stark perspective that real feminism and multiculturalism cannot coexist.

As a personal perspective I tend to believe that a monogamous heterosexual marriage is best from humans, however as a libertarian I don't believe that I should coerce others to my point of view. As someone who wants to be able to look at myself in the mirror, I would be the person standing between the "rape the dyke" mob and it's victim(I'll have a firearm so there had better be plenty of them).
Posted by Odysseus at 11:20 PM No comments:

Email ThisBlogThis!Share to TwitterShare to FacebookShare to Pinterest
Labels: Couldn't say it better myself, Dark Rising

It's a real war, when the other side has tanks.

The Foreign Policy blog has linked to a story about Mexican Drug Cartels employing increasingly heavy and sophisticated armored vehicles.


So this combined with cross border militant raids by said Cartels brings some important questions to mind:

1) Is this enough to justify deploying ARMED National Guard troops to the border for security or do we have to wait for them to be bring combat bridging equipment to the Hudson river?

2) How long before the BATFE decides to let M1 Abrams "walk" to see where they end up?

3) How much of a shooting war will it take to cause us to try and defund the Cartels by trying at least some legalization?

4) Will the Brady Campaign(to protect criminals by disarming the law abiding) now retract all of their "what could you possibly NEED a .50 BMG rifle for?" talking points?
Posted by Odysseus at 10:26 PM 4 comments:

Sorry to both my readers for no posts this week but I do have a special Friday Bacon. 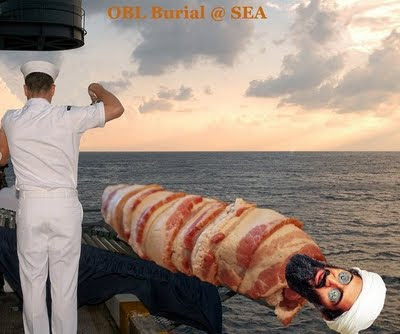 Posted by Odysseus at 3:46 PM No comments: