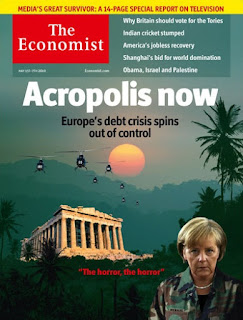 
As we have repeated since January, and certainly on numerous occasions over the weekend, at this point the only variable is what the ECB will do: will it give insolvent Greek banks more aid, or will it increase its ELA collateral haircut (or even withdraw it altogether), the ramifications of which action would have a dire impact on contagion within the rest of the periphery but most certainly on both the Greek financial system as well as Greek society which is now facing an indefinitely period of capital controls.

High quality global journalism requires investment. Please share this article with others using the link below, do not cut & paste the article. See our Ts&Cs and Copyright Policy for more detail. Email ftsales.support@ft.com to buy additional rights. http://www.ft.com/cms/s/0/9963b74c-219c-11e5-aa5a-398b2169cf79.html#ixzz3f8CtavpJ
Greek banks are preparing contingency plans for a possible “bail-in” of depositors amid fears the country is heading for financial collapse, bankers and businesspeople with knowledge of the measures said on Friday.
The plans, which call for a “haircut” of at least 30 per cent on deposits above €8,000, sketch out an increasingly likely scenario for at least one bank, the sources said.

So we all need to keep an eye out for domino cascades that are probably farther off than we fear but closer than we would hope.

Email ThisBlogThis!Share to TwitterShare to FacebookShare to Pinterest
Labels: Economics