Obama is sure sticking it to the drug companies. 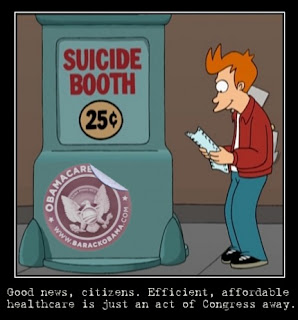 A government solution to a problem that didn't exist is going to drive the price of a weekly shot to prevent premature births from $20 to $1500. Citing supposed "quality concerns" the government has given a drug company a retroactive monopoly on a treatment that has been used for years now.

The March of Dimes which takes massive donations from the company getting this monopoly celebrated a move that will drive more women out of health insurance that covers maternity care.

I can only speculate that this is another move to help break both the free-market health care and leave people screaming for a single payer system. But the Obama administration using the lever of a drug that can spare children from the dangers and illness of being born too soon is vile past my ability to state.
Posted by Odysseus at 1:36 PM