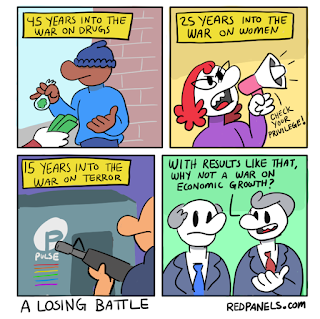 Ever notice that the government is the opposite of competent at fixing problems?

So on the national security front the two biggest parties are giving us a choice of someone who will start lobbing nukes because someone other country's president stayed at the Hyatt resort instead of his and someone who's idea of information security will have the password to the ICBMs being the same as the air shield to planet Druidia. Why are they Libertarians the crazy ones for national security?